web series
Oh the seconds, minutes, and weeks spent watching these. In order and all the way through in some cases. I don’t know what it is about encountering an entertaining video and then experiencing that moment where the video has finished and up comes the menu that triumphantly announces “Ta-da! But wait there’s more…” Then you see that there are more videos just like that one… lots more. Yep, nothing quite like stumbling upon an unknown web series. Hi, my name is Madeline, and I am a web geek. Read on for my top five American web series.

The Show with Ze Frank

I found his other videos a little while before he started his weekday daily series The Show and thought he was pretty entertaining. I subscribed to his video podcast at just the right time of year where I caught the beginning of The Show. For the next year I had one extra thing to look forward to each day. This is also how I discovered Jonathan Coulton, geek troubadour extraordinaire and writer of the “Code Monkey” song. He was a guest musician on The Show.

My favorite day of the show was Fridays. Not for any particular content but because it was RTFEDD (A.k.a. Ride the Fire Eagle Danger Day). Just try to say that without smiling. You can probably do that if you’ve never seen the show, but for those who have you probably felt some warm fuzzies just then, didn’t you?

I first saw Mahalo Daily online with Veronica Belmont as the host. I watched it sporadically, but became more of a regular watcher when they had auditions for the next host after she decided to move on from the show. I had a friend auditioning so I watched initially to support her. She didn’t get picked but the show kept my attention with Leah D’Emilio as the host and I subscribed to the daily podcast. What I liked most were her funny “We did it!” dances (eg. see the how to roast pumpkin seeds video) and the show’s localization of topics, featuring accessible places to go and things to do around LA.

Click to watch the first episode of The Guild

I am not a big gamer, so I’d only heard of Felicia Day after she was in Dr. Horrible’s Sing Along Blog. After I finished that web series I looked up some other stuff she was in and found The Guild. I believe it’s being continued into its 4th season now, but I stopped watching it after the 2nd season hiatus… which never seemed to end. I should check this one out again for the newer episodes. I highly recommend it, even if you’re not a gamer. It’s not completely about gaming but about the dedication and passion of a team to reach a common goal. It’s also an ode to the joys and pains of geekdom and this one happens to involve multi-user gaming.

Like the others, I stumbled upon a random video by Christine Gambito. I think it was either a LonelyGirl15 parody or a myspace profile spoof, and from then on I was hooked. I love how she plays all of the characters in her family but never shows her father’s face– just a frame that only goes up to her mouth with a bag of pork rinds being worked on. Her mom character cracks me up and is the reason her site is called Happy Slip. Check her videos for that story. 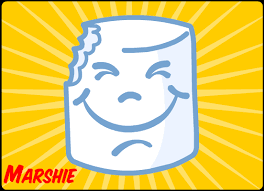 Made from the best stuff...

If you have never seen this cartoon, Go watch this, seriously. Sewiously! It’s even better if you were a kid growing up in the 80s, like me. Helping me soar through my formative college years with plenty of entertainment sans cable, the Chapman brothers are my web cartoon character creating heroes.

The five above aren’t the only ones I follow or have followed with gusto. They are likely just the first five. My favorite international web video podcast, Command N, is a Canadian weekly show featuring geek culture, news, and other stories. It gets an honorable mention, as well as EPIC FU (formerly Jetset). I’ve been following both for a few years now and enjoy them just as much as the five mentioned above.

I recently stumbled upon new ones from take180.com:
Hollywood Is Like H.S. With Money
My Date
First Day

Though I enjoyed watching all of those episodes the site has some pretty clear signals that tell me I’m not quite in their target demo, but that’s okay. I am still relatively young so I don’t mind. The company I work for has recently acquired this studio so… that’s kind of cool (and convenient for me to faux claim that I am watching it for research purposes, if pressed).

Do you have a web series that you think is must see web tv? Let me know. I still have about an hour and 15 minutes of free time in my day left to schedule. It is only January after all.

a digital media pro w/ lots to learn. just the way i like it. i read, write, and do things to make my inner kid proud. host of "a mad vox" podcast. END_OF_DOCUMENT_TOKEN_TO_BE_REPLACED
This entry was posted on Thursday, January 27th, 2011 at 6:00 am and tagged with happy slip, homestar runner, mahalo daily, postaweek2011, take 180, the guild, the show with ze frank, web series, youtube and posted in Uncategorized. You can follow any responses to this entry through the RSS 2.0 feed.
« rediscovered obsessions (part 2/5): tumblr
rediscovered obsessions (part 4/5): home design »

The latest news on WordPress.com and the WordPress community.